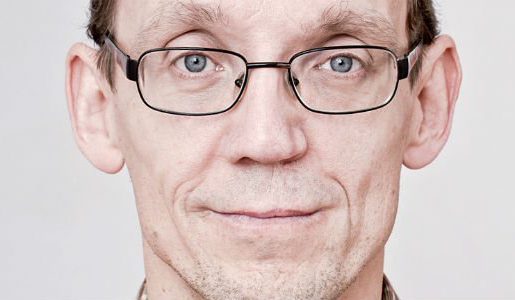 Professor Martin Törngren is no stranger to complexity, least of all when it comes to Cyber-Physical Systems (CPS). Through his work in California, New Jersey and Stockholm’s KTH Royal Institute of Technology, Martin has developed a clear understanding of the current state of affairs, implications and directions in a new era of society-scale CPS. At the ARTEMIS Technology Conference 2019, he shared his insights into the risks and benefits – and his unexpected juggling skills.

“My investigations into cyber-physical systems really took off last year when I had the opportunity to do a sabbatical in the US,” Martin begins. “I was working with the systems engineers of the Stevens Institute of Technology on how to deal with the unprecedented complexity in CPS, our environment, our organisations and our tools. We can look at that from a quantitative point of view – number of lines of code, number of dependencies, etc. – but we can also look at it from the point of view of the people and organisations that have to deal with that complexity as a subjective concept. As humans, as big teams, we have certain capabilities and limitations.”

Part of this relates to how we deal with change. After all, Martin notes, our brains were shaped tens of thousands of years ago on the savannah and the stress we experience in new situations can be explained through a better understanding of this. Nonetheless, we live in a fast-changing world. Since 2000, more than 50% of companies in the Fortune 500 have disappeared after failing to ride the digitalisation wave. Not even those with almost complete market dominance are safe, as the case of Kodak has shown. Martin cites Amara’s Law: we tend to overestimate the effect of a technology in the short run and underestimate the effect in the long run.

“A month ago, I gave an open talk at KTH about trends in CPS, including aspects of control and automation. Some of the general public came back to me and told me that it’s Hogwarts incarnated. That was an interesting revelation for me,” continues Martin. “We have to think about how people understand these complex systems. How do we explain them? How do we gain trust?”

The scenario shapes the system

Automated driving is a prime example of a much-hyped technology, due to its strong innovation potential. This area faces enormous challenges, in part because human drivers often don’t follow the rules. “We are putting these cars in environments with an unlimited number of scenarios, so we have to have a corresponding complexity mirrored in our systems. We are essentially replacing humans in the cars. We can think of human capabilities as having (at least) three levels: our cerebellum (the motion control centre), the ability to think fast (intuitive and quick responses) and the ability to think slow – to reason.” To a round of applause, Martin demonstrates his cerebellum with the aid of three juggling balls. Automated cars share this ability to precisely control their motion. However, an audience member is then encouraged to throw a fourth ball; the angle and speed take Martin by surprise but he catches it and continues his routine. “When humans see a scenario that we have never seen before, we may still be able to deal with it. That’s a level that we can still not program.”

The large investments in automated driving are clearly motivated by the huge revenue potential of the transportation market, leading to a modern-day gold rush in which many companies ‘dig’ but there are few broad collaborations. Amara’s Law is a key factor in this, as is the comparatively unregulated nature of the technology. Simultaneous gold rushes, in areas such as artificial intelligence, Internet of Things and automated driving, make up an ongoing technological revolution. History shows that such revolutions take time – the steam engine took 150 years to change society – but Martin is unequivocal in his belief that we have the power to shape these revolutions ourselves.

When it comes to new technologies, a balance must be found between a precautionary approach that may limit innovation and discourage adoption and a risk-taking approach which assumes that the vast majority of new innovations are beneficial and pose little risk. “If you go to Arizona or Pittsburgh, you will find open-street testing of automated driving. You are part of the experiment. Did you sign any papers to be part of it?” Martin asks. “This, in my mind, provides an example of an unbalanced introduction that introduces too much risk. Failures will occur. The automation paradox means that the higher the capability of automation is, the more difficult it will be to step in when needed, and also the less training you will get as an operator.”

Paving the way for trustworthy CPS is an area in which ARTEMIS can play a vital role. “In CPS, there’s moreover a need for education and renewal. Some students are taught cybersecurity, some are taught safety, but there’s very little cross-interaction,” argues Martin, noting that education has a relatively low status in much of the world despite the growing complexity of systems. “We also need new training for practising engineers. Life-long learning is becoming increasingly important and so it’s very important that industry and academia come together to raise this issue. There is a potentially competitive advantage here for ARTEMIS if we push for this.”

Martin cites sustainability as another area in which ARTEMIS can make a difference – 91% of the world’s population currently lives in places in which air pollution exceeds the World Health Organisation’s limits. “Considering how we spend resources on earth, for me, this brings a really strong case for circular economies: combining CPS technology with business models to create value out of a sustainable economy. Here too, ARTETMIS can help and drive things in the direction of circular economy.

Finally, we have many projects at ARTEMIS and I think there is the potential to increase the sharing and reuse of these. We should not be trying to invent the next Google, we should be fighting for CPS, for edge computing and smart, trustworthy systems. Europe already has a stronghold here and so it’s here that we can leverage our strengths.”