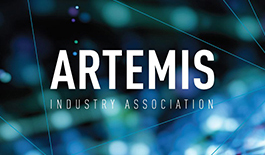 A word from the Secretary General Jan Lohstroh 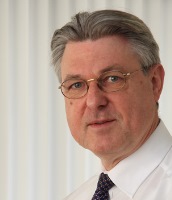 I wish you all the best for this new year 2021! I hope that you are and will remain healthy. It will take some time before we all receive the anti-Covid vaccination that should allow us to return to a more ‘normal’ life. So, most of us will continue to work from home and will participate in video conference calls. For EFECS 2020 we had no other choice than to organise it online. Nevertheless, we hope that the next EFECS event in November 2021 will be (for the bigger part) a physical conference again and that we ­can meet most of you in person in Amsterdam.

2021 will become an interesting year because KDT, the successor program of ECSEL, is to be launched during this year. Due to all problems with the budget of the European Union, significant delays have occurred, and more delays are expected. The Council Regulation for the new Joint Undertakings, including KDT, is in preparation by the European Commission and, when ready, has to be adopted by the Council of the EU, with an opinion from the European Parliament.

Together with AENEAS and EPoSS, we have been speaking with the European Commission and Member States since the fall of 2019 about the scope, perimeter and boundary conditions of the KDT Joint Undertaking, which will be again a tri-partite construction. These meetings have resulted in a partnership proposal, which will be uploaded very soon on a dedicated website of the European Commission. Also, the partnership proposals of the other partnerships under construction can be found there. As you can read in this document, the perimeter of KDT will be somewhat larger than the perimeter of ECSEL; it will include more (embedded) software, system of systems and silicon-based integrated photonics.

The new KDT Joint Undertaking will have a Governing Board, in the same way as ECSEL, in which ARTEMIS will be one of the three private members. A first shadow Governing Board meeting for KDT took place in December of last year. This informal body is to be converted into a formal Governing Board (GB) as soon as the Council Regulation for the new Joint Undertaking has been adopted and KDT has been launched.  In the first shadow GB it was announced that a call for project proposals will be launched in 2021, although (much) later than normal. This will probably become a one-step call with only Full Project Proposals. Nevertheless, a contingency plan will be prepared for the case the first call slips into 2022.

Many experts from our ARTEMIS community have been active in developing the new ECS SRIA 2021, which AENEAS, ARTEMIS and EPoSS published as a draft on their own websites and on the website of EFECS 2020. The content was open for feedback and discussed during EFECS. The final document will be available from Tuesday, January 12 on the websites of the three associations. Although the new ECS SRIA 2021 has taken the enlarged perimeter for KDT into account, the document is in principle funding-instrument-agnostic and can be the basis for other funding programmes as well.

We will ask the shadow KDT Public Authorities Board (PAB, consisting of representatives of the EC and Participating States) whether the KDT SRIA 2021 can be identical to the ECS SRIA 2021. We expect that their reaction will be positive, but we cannot exclude at this point in time that some changes for the KDT version will be required for whatever reason. This means that projects proposals for KDT that are or will be in the making (for instance during the Brokerage Event on January 12-13) might need some adaption before submitting, taking the KDT SRIA 2021 into account.

A topic relating to the last call of ECSEL and all future calls of KDT, is that the European Commission only takes the contributions of only the members of the three associations being partners in the funded projects into account. The total of their in-kind contributions to operational activities in KDT projects should be at least 70% of the financial contributions of the public authorities. Moreover, the financial contribution that AENEAS, ARTEMIS and EPoSS will have to make to the administrative costs of the Joint Undertaking should be fully based on financial contributions from their members. Payments from non-members are not allowed for this purpose. Therefore, in all fairness, we ask non-members interested in joining a consortium of a project proposal, to become a member of one of the associations, and specifically to become a member of ARTEMIS if they are active in (embedded) intelligent systems.