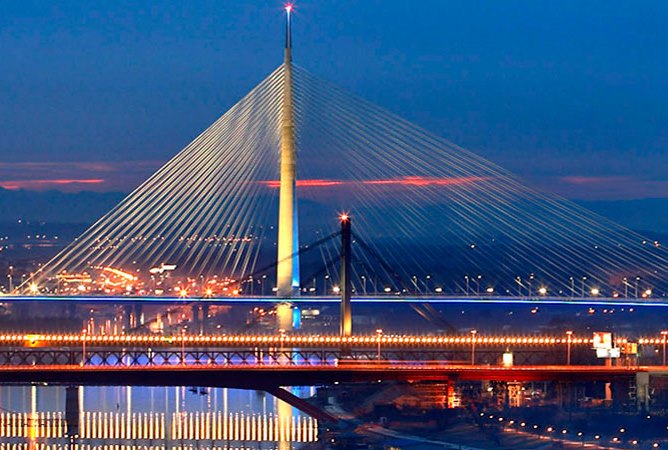 ARTEMIS-IA was present at the IoTWeek 2016 in Belgrade, Serbia, starting May 31st. We participated both with a booth and a panel session titled: “Enabling IoT by interoperable Cyber-Physical Systems”. The panel session was co-organized together with four ARTEMIS/H2020 projects; Arrowhead, CRYSTAL, CP-SETIS and EMC2. IoTWeek is organized by the IoT Forum and attracts over 400 attendants. It is a yearly event, taking place since 2010 and for next year is planned to be held in Genève, Switzerland.

The ARTEMIS session, in a panel set-up, started with introductions of the ARTEMIS/H2020 projects; Arrowhead by Pal Varga, CRYSTAL by Christian El Salloum, EMC2 by Mladen Berekovic and the H2020 project CP-SETIS by Jürgen Niehaus. The session was moderated by Ad ten Berg (ARTEMIS-IA office).

Pal Varga focused on IoT for the industrial automation domain, where interoperability between devices and systems is key for collaborative automation in the Cloud. Christian El Salloum presented the CRYSTAL solution for seamless Life-Cycle collaboration for Safety-Critical Systems Engineering and what it takes to create a successful platform. Mladen Berekovic explained how multi-core systems contribute to driving system cost down and increasing performance for many application domains among which safety- and mixed-critical systems. Jürgen Niehaus explained the complexity of data and tool integration for systems engineering and how the federation of standards will contribute to Interoperability Specifications (IoS), when supported by an organization such as an IoS Coordination Forum. Many very relevant questions of the audience were tackled by the panelists, leading to a very lively discussion.

Thibaut Kleiner presented the European Commission’s view on IoT and mentioned that over 600 standards are relevant to IoT. This represents a huge problem that has to be solved at short notice. From presentations by different companies it became clear that there are already about 360 platforms that claim relevance for IoT developments. Many business developers attended also with presentations to share their views on market opportunities for IoT. On the third day, quite some FP7 / H2020 projects focusing on IoT presented their contributions to the development in this dynamic field. The connection of IoT with manufacturing was one of the prominent subjects.

The ARTEMIS-IA booth was well visited and we explained to many of the IoT community what the focus and activity of ARTEMIS-IA is and why/how CPS relates to IoT. The information was supported by the new ARTEMIS introduction movie together with the latest ARTEMIS Magazine, both highly appreciated by the booth visitors.