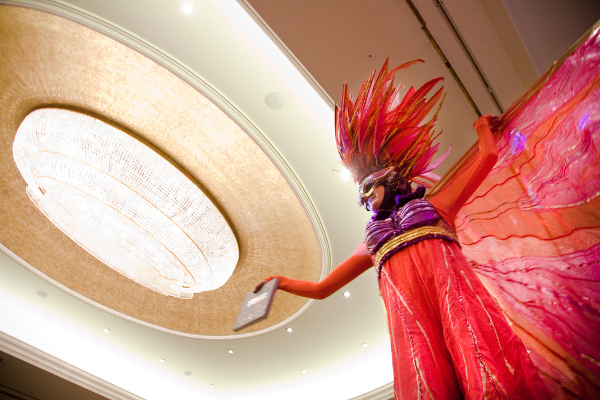 They say you can't tell a book by its cover, so the ARTEMIS community was present in Brussels, giving substance to shape of the ARTEMIS Community whose fifth Spring Event took place on 13 and 14 March. The presentation of the ARTEMIS Book of Success Stories was a very tangible confirmation of what ARTEMIS has achieved in just six years.

Eric Schutz, Executive Director of the ARTEMIS Joint Undertaking, opened the Spring Event by recalling the beginnings of ARTEMIS. With 2013 his final year in ARTEMIS and with the final ARTEMIS call imminent, Eric took a retrospective as a way of looking forward, alluding to the synergies and overlaps that existed then with EPOSS and ENIAC, something that could signal the emergence of a ‘merger’ as a way ahead. Eric also referred to the importance of working together, highlighted in the close cooperation with ITEA, especially the co-summits, and the need ‘to break down the walls and to remove the barriers between the programmes for the benefit of the European industry and European citizens.’

And what about the horizon of 2020, when all the Calls will have been completed? How will the ARTEMIS 'reign' be considered then? Eric Schutz sees the ARTEMIS legacy evident in three key monuments: the largest ever programme on safety-critical systems, the largest multi-core technology programme and, in creating ARTEMIS Embedded Systems Innovation Pilot Projects, or AIPPs, these are the largest participation projects that target the key societal challenges.

From knowledge to application
Heinrich Daembkes, who recently took up the presidency of the ARTEMIS Industry Association: 'ARTEMIS is now in the final phase and apart from preparing for the future in a somewhat different guise to our current set-up, we have an opportunity to show what we have achieved in the past few years.' One of the most outstanding achievements has been the CESAR project whose knock-on effect throughout the ARTEMIS environment has been seminal in many of the developments that have occurred, having been a key player in the three phases of ARTEMIS: from project to project clusters to AIPPs. This last phase, the AIPPs, sees the real pan-European convergence of early project development close to the market. Turning this vision into reality – or translating the knowledge into application – is the task assigned to the first two AIPPs, ARROWHEAD and CRYSTAL.

ARROWHEAD is an innovation pilot project, which relates to the manufacturing, process and energy industries. Its aim is to find ways of improving communication between embedded automation systems, so-called Service-Oriented Architecture, and address the big, overarching issue that has never been resolved. One of the reasons for opting for an AIPP project approach is driven by the wish to move the technology closer to the market, to have a showcase window where they can actually demonstrate the actual impact in real life. This project, with a duration of four years and a budget of 69 million euros, is being launched in the first quarter of 2013.

CRYSTAL is a three-year innovation pilot project due to begin in May 2013. Its underlying goal is to accelerate quest for interoperability. With key European players from different application domains, including large companies, SMEs and researchers, CRYSTAL wants to reduce system design costs through the improvement and smart integration of system analysis, safety analysis and system exploration tools as well as reduce development cycles by developing reusable technological bricks.

Heroes for more than one day
A debate session led by Irene Lopez de Vallejo provided an opportunity for an interactive review of the ARTEMIS successes through the views of five panellists: Partick Pype, Josef Affenzeller, Jürgen Niehaus, Jerker Delsing and Alun Foster. Patrick Pype set the tone when he remarked that driving to the Spring Event that morning, he happened to be listening to the David Bowie song, Heroes, with the line ' We can be heroes just for one day.' Put in the context of ARTEMIS, he requoted this as 'We have all been heroes for more than seven years'  and added that with all the successes that had been achieved to date, and these are substantiated by the recent Metrics Report, he hoped that they could still be heroes for the next seven years.

The panel debate covered three items: Centres of innovation Excellence and their impact on the ARTEMIS programme and Strategic Research Agenda as well as on the growth of European business; the ARTEMIS Tool Platform (CESAR) and its future; AIPPs and the extra dimension these might bring to the already successful regular projects. Questions came thick and fast from a very involved and well informed ARTEMIS community audience. A number of issues were clarified and several good suggestions noted while there was a consensus that not everything had been or could be resolved. However, there was quite essentially a mood of determination and optimism about the efforts that had been and would continue to be made to ensure that ARTEMIS would continue to have a significant impact on the Embedded Systems community, on European business and on society as a whole.

All for one and one for all
At the Label Award ceremony, ARTEMIS president, Heinrich Daembkes, made a series of presentations to outstanding ARTEMIS successes, beginning with the CESAR RTP (Reference Tool Platform), in many ways the flagship of the ARTEMIS programme. Josef Affenzeller, receiving the award for the CESAR project, praised the contributions of all the partners that have been part of the success in a reaffirmation of the spirit of open sharing and collaboration embodied in ARTEMIS. Other award winners were the three centres of innovation excellence (CoIE): EICOSE, ProcessIT.EU and ES4IB.

Finally, and appropriately, Eric Schutz was presented – by a ‘Dancing Bird on stilts’ – with the first copy of the ARTEMIS BOOK OF SUCCESSES, for which, in true Hollywood fashion, he thanked his mother, daughter, family and everyone in the room. Of course, humour aside, the underlying message was that the successes of the ARTEMIS programme were the result of the collaborative efforts of many.  Everyone had made this ARTEMIS Book of Success Stories possible, and the hard evidence was now available for all to read.