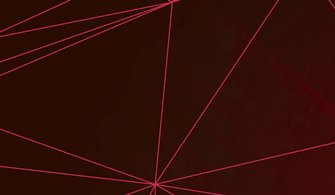 The ARTEMIS Summer Camp is for retrospection and setting direction for the future. It is an event to create an open and free discussion between ARTEMIS-IA members to brainstorm about the future on several areas within Embedded Intelligence.

Jan Lohstroh opened the meeting by explaining that IoT week seems like a great fit as one of our focus areas is IoT, next to the fact that many ARTEMIS-IA members are from Spain.

At the ARTEMIS Summer Camp Paolo Azzoni chaired a workshop about IoT to SoS. The Internet of Things market is currently still in an early stage of development. It is a significant progress which must be recognized and some solutions are already available but not all satisfy the expectations. Nevertheless, the IoT foundations are being laid and an undeniable growth is happening. For example: in 2010 Hans Vestburg (Ericsson) and Dave Evans (CISCO) envisioned 50 billion of connected devices by 2020.

Why is the IoT growth is not following the expectations?

First: the analysis are based on annual sales data and, frequently, companies haven’t any idea of how many of device sold are really connected. 90% of connected devices are turned on, but less than the 50% are connected. (Source IHS Markit)

“The forecasts try to anticipate to the demand for devices that have largely not yet been invented or commercialized, though the various parts of the IoT ecosystem are not evolving at the same speed.

Technology needs to solve real problems. If it is used as a gimmick to create new problems to be solved, it dies.” Azzoni states.

Market studies contain unfortunately serious errors, due to the extreme complexity of the IoT domain and the lack of full knowledge of its components. According to Azzoni there is a gap between the customers’ requirements and the technology & solutions developed by research.

“IoT enables heterogeneous and distributed objects to physically and/or virtually connect and cooperate to achieve common goals. The ability to collect vast amounts of data in near-real time from these devices is the foundation of the IoT.”

Azzoni concludes his introduction of the session by explaining that we need to Identify the emerging opportunities created by IoT and develop new solutions, services and business models, capable to generate value from the infrastructure & collected data. The four main obstacles are:

The session concluded with a presentation by Kees van der Klauw. He stated that 60% of the Europeans are concerned with not having complete control over personal data and 70% Europeans aren’t willing to sacrifice privacy for new services. Van der Klauw: “GDPR helps but it certainly does not change the perception and attitudes about data.” There is a gap between what people want and what we offer, so enough work ahead of us.

At the second day of the ARTEMIS Summer Camp a sight visit was planned to the Automotive Intelligence center which is managed by Basque Country Automotive Cluster. It is an open innovation center where 300 companies account for more than 18bn turnover. The AIC-Automotive Intelligence Center is a unique value-generation center for the automotive sector based on a concept of open innovation in which companies improve their competitiveness through cooperation. Using a market-oriented approach, AIC integrates knowledge, technology and industrial development under one umbrella.

The Center is dedicated to creating value in the sector in various areas:

During the tour we visited Innovalia Group and their advanced metrology lab. They gave a short introduction to European Commission lighthouse initiative Boost4.0 and ECSEL-JU Lighthouse Initiative Productive4.0, while demonstrating their new technology.