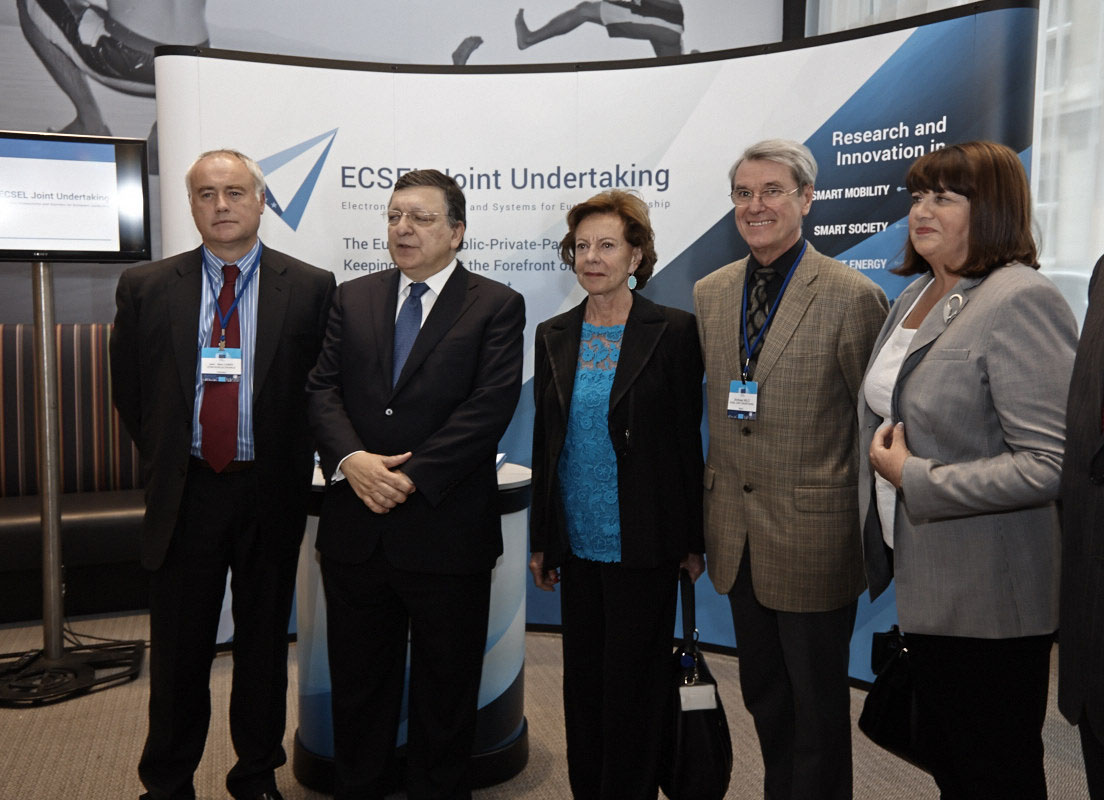 Three official steps eventually created ECSEL and thus started the official cooperation between 3 groups of partners: the Industry Associations, the Participating States and the European Commission. Step one was taken when the ‘Electronic Component and System for European leadership (ECSEL) JU’, a Joint Undertaking under Art. 187 of the Treaty on the Functioning of the European Union, was established by Council Regulation (EU) No 561/2014 that entered into power on 27 June 2014.

Step two was that the three industrial associations AENEAS, ARTEMIS-IA and EPoSS sent an endorsement letter to the ECSEL JU to become all three official private members of the ECSEL Joint Undertaking. Apart from participating in ECSEL, the ARTEMIS Industry Association will continue its work as ARTEMIS-ETP for Embedded and Cyber-Physical Systems. Step three was to organize the first official ECSEL-JU Governing Board meeting to decide on all administrative topics.

This first official ECSEL Governing Board meeting was held on July 3 2014; in this meeting Heinrich Daembkes (from AIRBUS, and also president of the ARTEMIS Industry Association) was elected as chair of the Governing Board for this year and 2015. Heinrich Daembkes said: “ECSEL offers a unique chance to strengthen the European R&D&I efforts in the domain of the built in electronics and intelligence in our products. This will boost our competitive position. I will do my best to help the ECSEL partners in achieving their targets”.

Today, 9 July 2014 the first call for proposals of the JTI’s are launched. Among them the ECSEL Joint Undertaking. José Manuel Barroso, President of the European Commission, said: "Only if the best brains from academia, industry, SMEs, research institutes and other organisations come together can we successfully tackle the huge challenges that we are facing. This is what public-private partnerships are about, the joining of forces to make the lives of Europeans better, create jobs and boost our competitiveness. We are committed to prioritising the impact of the European budget on the recovery, and these partnerships are doing just that, with first calls for proposals for 1,1 billion euros to be matched by industry, within a package representing an overall 22 billion euros boost to growth and jobs creation over seven years. They will continue delivering results that no single country, company or even the European Union as such would achieve alone."

Earlier this year, a high amount participants from European companies, research institutes and universities organized themselves in consortia and submitted Expressions of Interest indicating their readiness to propose projects within the ECSEL programme in 2014. Some 70 projects will be in competition for funding with an estimated oversubscription of about 4 times the budgeted public incentives, creating a solid basis for selecting the most innovative and impactful proposals. After this first call in 2014 six calls are projected in the years 2015-2021.

ECSEL is a public-private partnership contributing to the implementation of the European “Horizon 2020” programme. In the period 2014-2020 ECSEL will engage up to 1.17 billion euro Union funding and combine it with at least the same amount of national funding to leverage about 5 billion euro R&D investments in Nano-electronics, Embedded & Cyber-Physical Systems, and Smart System Integration technologies.