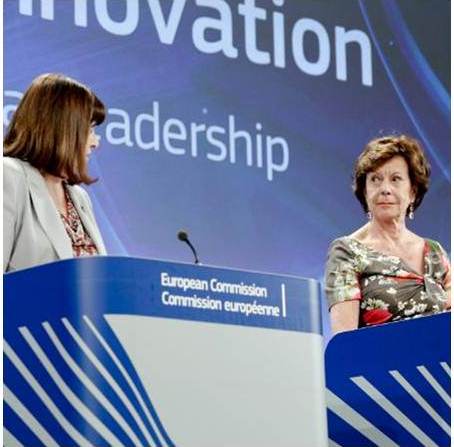 ARTEMIS-IA, AENEAS and EPoSS had the last couple of months several meetings with the Commission to give feedback on their various draft versions of the Council Regulation for the new Joint Undertaking on Electronic Components and Systems for European Leadership. The Commission has taken over quite some suggestions from our side, but not all. On July 10 they published their final version as a proposal to European Parliament and Council; this version was not shown to us before July 10. In this final version (see http://eur-lex.europa.eu/LexUriServ/LexUriServ.do?uri=COM:2013:0501:FIN:EN:PDF ) they made some last minute changes that we are studying now with our lawyer.

The next step is that European Parliament and Council can make amendments, to be decided on by the Council before the end of this year. Before the Council decision the three association have to write an endorsement letter to inform the Council that they agree with the final (amended) Council Regulation text and to become a private member of ECSEL.

On July 10 the commission published also proposals for 4 other Joint Undertakings along the proposal of ECSEL.

In the morning of July 10 several CEO’s representing the European Companies that are interested to participate in projects of one or more of the proposed JU’s, have been invited for breakfast with President Barroso, Vice-President Neelie Kroes, and Commissioner Máire Geoghegan-Quin. For ECSEL two CEO’s where present:  Helmut List from AVL and Monika Kircher for Infineon-Austria. See here.

Later in the morning Vice-President Kroes and Commissioner Máire Geoghegan-Quin held a Press Conference to announce the proposals for the 5 Joint Undertakings: See this picture.

At the same day the Commission published their Press Releases.

Also ARTEMIS-IA, AENEAS and EPoSS published a Press Release, you can read in on our website.

ECSEL will have a new body: the Private Members Board (PMB), with representatives of ARTEMIS-IA, AENEAS and EPoSS. The PMB must yearly deliver a (update of) MultiAnnual Strategic Reasearch and Innovation Agenda (MASRIA) that is related to the SRA’s of the three ETP’s and yearly a Research and Innovation Activities Plan (RIAP) that is a related to the MASRIA. The JU will base its calls on the RIAP.

The ECSEL JU will have 7 calls, against 6 for the ARTEMIS-JU.

As a first step of cooperation ARTEMIS-IA, AENEAS and EPoSS will write a draft MASRIA to be ready in Oct. of this year for feedback by the Member States and the Commission.