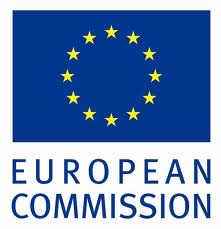 Research partnerships between the EU, the private sector and Member States today presented their first calls for projects and partners under Horizon 2020, the EU's €80 billion research and innovation programme. Worth a total of €1.13 billion in public funding, which will be complemented by a comparable amount from the private partners, the first round of funding will go into projects that will improve people's lives as well as boost international competitiveness of Europe's industry. Topics include new treatments for diabetes and eye disease and a roll out of dozens of hydrogen-powered road vehicles and refuelling stations (see MEMO/14/468).

José Manuel Barroso, President of the European Commission, said: "Only if the best brains from academia, industry, SMEs, research institutes and other organisations come together can we successfully tackle the huge challenges that we are facing. This is what public-private partnerships are about, the joining of forces to make the lives of Europeans better, create jobs and boost our competitiveness. We are committed to prioritising the impact of the European budget on the recovery, and these partnerships are doing just that, with first calls for proposals for 1,1 billion euros to be matched by industry, within a package representing an overall 22 billion euros boost to growth and jobs creation over seven years. They will continue delivering results that no single country, company or even the European Union as such would achieve alone."

The launch of first calls comes almost exactly one year after the European Commission put forward the Innovation Investment Package, a set of proposals to establish seven public-private and four public-public partnerships (see IP/13/668). They will work in several key areas such as medicines, transport, electronics and bioeconomy, and are worth over €22 billion in total. The proposals have been adopted by the European Parliament (see STATEMENT/14/128) as well as Council of the EU (see STATEMENT/14/149).

On behalf of the seven partnerships, CEOs, COOs and CTOs of the private partners involved said: "Joint Undertakings have demonstrated the success of the public-private partnership model. They have already achieved results that help improve quality of life and contribute to Europe’s competitiveness. We are proud to be part of these new partnerships under Horizon 2020, and are happy to see them launched just one year after they were proposed by the Commission. Now it is time to get down to business and produce even more results that will contribute to growth, jobs and a better quality of life."