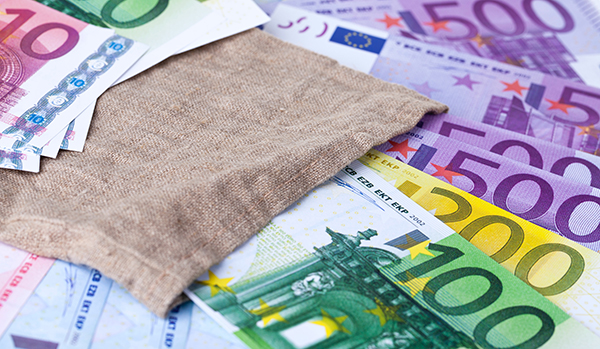 Funding instruments of the future

One could say that Eureka and ECSEL are two different sides of the same coin. The history of each is steeped in microelectronics and while their paths may be shaped rather differently, the challenges and goals both programmes face are similar. But while Eureka enters a new form, 2020 marked ECSEL’s final appearance at EFECS before it passes the baton to KDT. With over 1500 organisations participating in 96 projects, 34000 person-years have gone into the programme since it started in 2014. Additionally, results from other projects within EU programmes have comprised an average of 50% of the basis for ECSEL projects, helping to establish long-term continuity.

ECSEL’s Head of Programmes, Yves Gigase, put it succinctly: “We did quite a lot of good work! But what will KDT-JU bring? A lot of new challenges, but also opportunities. For one, it’s supposed to simplify things. There will also be new focus areas and much more attention on impact and results.” This includes edge computing and AI, but also a greater emphasis on European education and more involvement for SMEs. While the EU already punches above its weight – accounting for 20% of global R&D and a third of all high-quality scientific publications – KDT intends to also stimulate weaker areas, such as the relatively low investments in R&D compared to the US and South Korea.

In his ‘Funding Instruments’ speech, Francisco Ibanez of the European Commission’s Directorate‑General for Communications Networks, Content and Technology (DG CONNECT) delved further into future plans. “How can we improve impact compared to the situation today? For that, we have come up with two novelties. The first is to support breakthrough innovation through the European Innovation Council. The second is to create more impact through mission-orientation and citizens’ involvement through R&I missions.” Titled ‘Digital Europe’, a completely new programme has also been launched to invest in high-performance computing, AI, cybersecurity, skills and digital uptake in order to ensure that Europe drives the digital transformation of the economy and society and brings its benefits to all citizens and businesses.

Perhaps the biggest news of all, however, was that the European Parliament and EU Member States in the Council have reached an agreement on the largest package ever financed through EU budget: €1.8 trillion for 2021 to 2027. Returning to themes which emerged throughout EFECS, this includes a post-pandemic recovery fund of €750 billion and has opened up a discussion of greater cuts to greenhouse gas emissions – 55% of 1990 levels by 2030 rather than the current goal of 40%. Such ambitious targets cannot and will not be achieved without collaboration throughout the ECS chain, which EFECS sought to recognise through its awards for three outstanding projects.

Led by STMicroelectronics, the TARANTO project was selected as the recipient of the ECSEL Pioneer Award. In a nutshell, this aims to remove barriers to Bipolar CMOS semiconductor technology platforms, which bring together bipolar junction transistors and CMOS gates in a single integrated circuit device. In turn, this will improve the performance of Heterojunction Bipolar Transistors (HBTs) with a much higher level of integration, enabling the high data rates needed for the integration of heterogeneous intelligent systems and intelligent and automated mobility systems. “A new step has been taken with TARANTO with a tremendous world record in speed of 1.52 terabytes per second over 80 kilometres,” noted project coordinator Pierre-Jérôme Goirand.

As for the European Commission’s ECS Innovation Award, MNEMOSENE was chosen for its demonstration of a new computation-in-memory (CIM) computer architecture based on resistive devices with the required programming flow and interface. In the words of Delft University of Technology’s Said Hamdioui, “our project explores alternative architectures in light of emerging non-volatile device technologies. I will do the computing inside the memory instead of moving data to the CPU. This will put Europe in a leading position in emerging computing paradigms using unconventional computer architectures.” As a result, energy efficiency and performance efficiency can by improved by a factor of between ten and a hundred.

Last but not least, the PENTA Innovation Award was granted to DISPERSE, led by Mark van Helvoort of Philips Healthcare. Under current conditions, patients with implants are typically excluded from magnetic resonance imaging (MRI) scanning, increasing their examination time enormously. Mark’s motivation came partly from his son, who was part of a clinical implant trial for epilepsy treatment. Through DISPERSE’s advanced electronics for spatially distributed sensor and transducer arrays, it will be possible to greatly reduce examination times for patients with implants while also improving accuracy. Mark: “This is only possible through collaborative innovation projects and joint standardisation activities. I would like to thank all participants for making dreams come true.”

Masters of the future

From parallel sessions on Mobility, Health and Industry4.E to pitches for project ideas, EFECS 2020 encompassed far too much for one article to cover. Whether as EUV, telemedicine or open-source architectures, technology that works for people can take on a multitude of forms – all of which we will strive to build on between now and EFECS 2021. In his opening keynote speech, Director General of DG CONNECT Roberto Viola left us with an important message to keep in mind until then.

“These days, digital technologies are the glue of our societies and economies. When we speak about technological autonomy, the meaning should not be that we want to create Fortress Europe. The meaning is that in this digital future, we need to be responsible and empowered to make decisions to defend our democratic values, privacy, intellectual production and the way we work and live together. What is the link with microelectronics? If you don’t master the basics of new AI-driven applications, the heart of edge computing or techniques and instruments for data processing, you will not be the master of your future.”