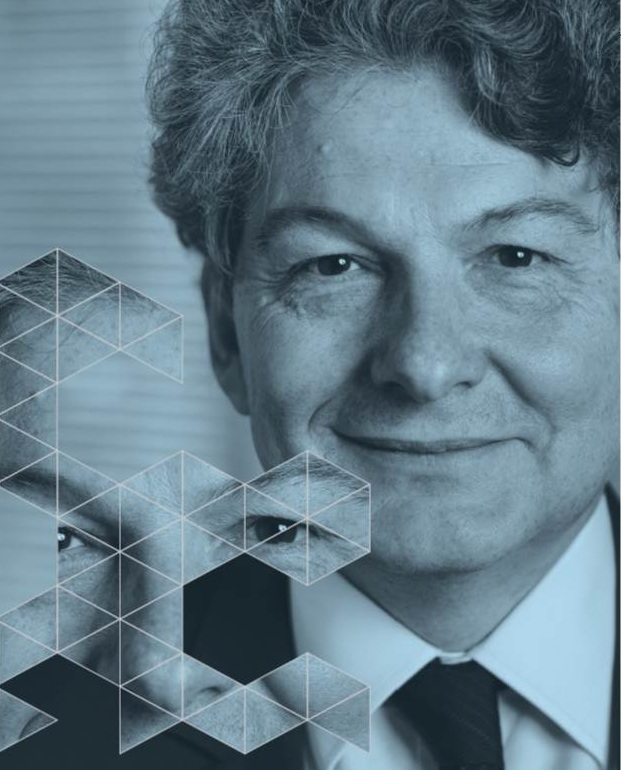 “By the end of 2013, there will be no more emails at ATOS.” This bold prediction by the CEO of ATOS in his keynote address at the Paris Co-Summit was a statement that reflected the transformation our society is undergoing, and the role IT is playing in this transformation. Thierry Breton has a rich track record in over thirty years in the IT industry, having begun his career as an entrepreneur in New York where he started up his own software company. He headed strategy at the Bull Group and was CEO at Thomson Electronics and France Telecom before serving as French Minister of Finance from 2005 until 2007.

Thierry Breton began his keynote address by reiterating the importance of continued collaboration between ARTEMIS and ITEA, stressing the benefits European IT innovation gains from these two programmes. In sharing with the audience the ATOS vision of the future, Thierry Breton foresaw a “really fascinating period of fantastic evolution in the information technology industry in terms of hardware, software and services and the emergence of a user and application environment in which people increasingly take control of their social network and where mobility and interaction with and between mobile devices means an even more significant role for individuals.” With around 2 billion smartphones and tablets connected by 2014 and more than 1 billion social network users, the power of the Internet is evident along with the highly developed Internet of things, which will pervade all our lives, and the use of cloud computing. He pointed out how appropriate it was that the Co-summit was taking place “at the cradle of the IT service industry, which started in France forty years ago.”

Virtualisation and regulation
“So the challenge for the future is virtualisation and embedded software. And, of course, security is also a significant challenge. But let’s look at the first challenge. I don’t think we have realised yet the significance of the change we are facing. Everything will be virtualised, and we don’t realise yet the paradigm shift that this will imply. We will need more and more cloud availability. We will need more and more networks. Not just in terms of quantity but also in terms of high-speed and high-quality networks. But the problem is that the regulations that have been put in place in Europe do not tackle the issue. I believe that now is the time to change the regulations so that they are appropriate to this challenge.”

These networks will be crucial because network power is the heart of generating and managing data for applications. “As I mentioned,” Thierry Breton went on to say, “all embedded software will be virtualised in the cloud and the Internet of Things will make every user a generator of data – so here, too, the quality of the network will be crucial. And nobody is taking care of that yet.” With everything becoming virtualised in the ‘cloud’ and more and more power needed for computing, Europe was still leading the way but there is a clear need for significant investment. “We need regulation that forces the operators to invest heavily – as much as 200 billion euros over the next ten years – in processing network power so that we have the quality of network that we need. And we also must create the right regulatory environment if we are to foster the considerable amount of innovation that is involved in bringing about the IT revolution.”

Zero emails
“Finally, I would like to come back, as promised, to the topic of the enterprise social network. This is something we are keenly developing within our own organisation. We launched this initiative at ATOS 18 months ago. I was pretty shocked when I read an internet survey. I tried to understand how our engineers worldwide were working, how they were using the tools that we give them to work together. We realised they were spending 16 hours a week just on checking emails. And this is time spent at home in addition to normal work time. It became clear from our survey that less than 20% of emails are important. And the last one in is the first one read.” What this implies is that all the emails have to be read to make sure that an important email does not slip through the net. Email is a personal tool for productivity but is not very efficient for mass collaboration.

“I’ve always accepted challenges in my life. Always. And at ATOS, I’m no different. I claimed that we will be the first email-free global company by the end of 2013. Zero emails,internally. Of course, we will continue to have emails for outside communication, which is great. Because there is also a legal aspect to this. So I will continue to email my colleagues. But when we are working for customers on contracts, we have the tools. We don’t have to use email. We have put all of this into a technology – blue kiwi – to enhance collaboration, to enhance knowledge within our organisation and to reduce wasted time. It is important that companies make strategies to establish good communication tools for coordinating internal collaboration. For creating social network collaboration the organisation needs to focus on the purpose, because without purpose there is no reason for people to use social networks. We need to change attitude and this is because of the centralised role of an individual within his environment. The zero email company is possible and we are implementing our plans through Bluekiwi. But this is not so much about technology but about a change in behaviour. Look at the new generation. The new engineer. They are not like us. They think differently. They are at the centre of their own environment.”

In closing, Thierry Breton took a positive note on the future of his company, a note that also implicitly applies to other companies that dare to take risks. “I believe that we have so many new exciting applications today in our industry and I am absolutely convinced that, in this uncertain time, this is the way to create new frontiers for our company, for the customers and their customers, and for the new generation.”