COVID-19 has completely changed our life, the way we work, how we interact with people, the global economy, but we have to look forward: what will we do after? Will there be an “after”? Or will we have to live together with COVID-19? But we have also to ask ourselves what we have not done before...

In the environment where we live, a tiny planet in the universe, we share billions of tons of biomass very different from human life, including millions of virus species, some of which we don’t even know of their existence. Viruses have a role in our delicate environment, and we cannot imagine completely eradicating them.

As humans, we are programmed to try to anticipate and plan the future, but an analysis of the past in a similar crisis is fundamental to avoid the repetition of previous errors. Probably, the COVID outbreak is strictly linked to the underestimation of risks that characterise our society, in almost every sector. In 1986, just after the Chernobyl disaster, Ulrich Beck published the book “Risk Society: Towards a New Modernity” (“Risikogesellschaft”), in which he highlights that the primary characterising element of modern society is its increasing tendency to create catastrophes, with dramatic impact on humans and their activities. He considers the “risk society” as the last step in the evolution of society, a step where the greater the hazard, the more the reward… Unfortunately, sooner or later, a similar approach presents the bill, a bill that all the humanity has to pay.

The Conora virus, apparently, is not a human generated disaster like Chernobyl, at least not directly: the scientific community is converging on the idea that the conjunction of ecosystem rupture, overpopulation, pollution, globalisation and frequent zoonosis indirectly contributed significantly to the Corona virus outbreak, transforming a natural phenomenon in a global disaster

Technology has evidently a responsibility in this consider the global transporation system and its role in the rapidity at which the virus has been spread, all over the globe. The air transport sector exposed us to a high risk and is also one of the markets that is now paying the saltiest price. Again, the risk is the point: the benefits society is accustomed to are strongly bound to an irrational and irresponsible underestimation of risks. Using a simile, if a car allows you to reach 200 km/h, it doesn’t mean it is safe or clever to reach this speed: it depends on the brake system, on the power steering, etc. … and on someone that periodically checks them. The scientific community advised many times on the necessity of a deeper knowledge of pathogenic organisms, but research funding was reduced in the face of the perspective of limited profits. A short-sighted decision that is now costing us ten, hundred or maybe a thousand times over. The certainty of the possibility of new pandemics pushed the World Health Organization to define specific pandemics plans…that almost no one took seriously. And it is clear today that you cannot improvise. 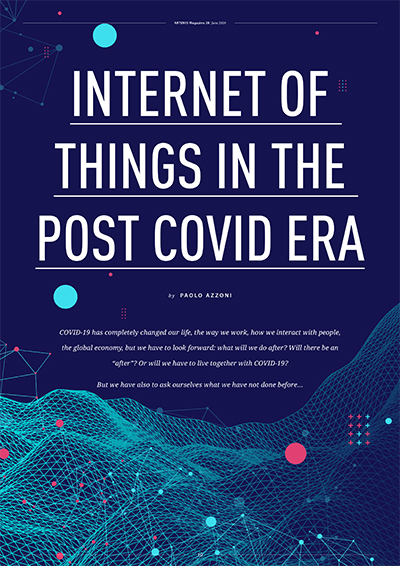