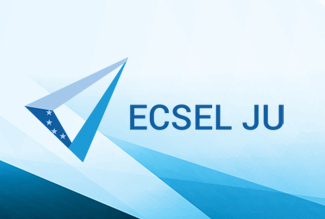 In December 2014, the Public Authorities Board (PAB) of the JU published their funding decision on the Calls 2014. The PAB is composed of representatives of the ECSEL Participating States together with the European Commission (representing the European Union). A total of approximately 155M€ EU and 145 M€ of national funding will be granted to twelve proposals arising from the ECSEL Joint Undertaking (JU) Calls in 2014. The total eligible costs of the proposals selected approach 710 M€. The proposals selected for funding address Research and Innovation Actions (RIA), and Innovation Actions (IA) in equal number.
(These types of action differ through their targeted Technology Readiness Levels (TRL): RIAs are mainly focused on lower TRL and IA on higher TRL).

Andreas Wild, ECSEL JU Executive Director, said: “The remarkable spirit of collaboration of all stakeholders, including the European Commission, the participating States and last but not least the Private Members and their affiliates, enabled ECSEL JU to successfully launch and execute two calls for proposals contributing to the competitiveness and sustainability of the European ecosystem in this field; in addition, it  merged the former ENIAC and ARTEMIS Joint Undertakings and included activities of the European Technology Platform on Smart System Integration, EPoSS – all this in the short time since its inception on 27 June 2014.”

With the (quite exciting) experience of the Calls in 2014 behind us, the ECSEL JU’s “Public Authorities Board” (PAB), which comprises representatives from the participating member states and the European Commission, has set up a working group to analyse and fine-tune the processes of ECSEL. With its first meeting planned already in January, the results of their work will already benefit the running of the Calls for 2015.