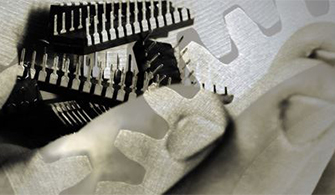 ProcessIT.EU will publish the second version of its roadmap

ProcessIT.EU, an ARTEMIS Centre of Innovation Excellence, will publish the second version of its roadmap

The current version of the ProcessIT.EU European roadmap for industrial process automation, issued in 2013, has been widely used as input for call texts from policy makers and RDI funding bodies, used as a basis by process- and manufacturing industry companies for their internal IT/automation strategies, by IT/automation providers, as well as providing a common understanding of the current industrial needs for RDI proposals. The ProcessIT.EU roadmap highlights the area of industrial process automation complementing the roadmaps and strategic research agendas from for instance Industry 4.0, EFFRA/FoF, ECSEL, ECS, ARTEMIS and SPIRE. Further, the ProcessIT.EU also comprises a large international network which together broker project proposals in an efficient manner. Examples of winning and successful such proposals are: Arrowhead, MANTIS, Productive4.0, DISIRE, Euro-CPS and AeroWorks.

The second version of the roadmap will be published around the 15th of May as a “draft for comments” and as a final and also printed version by early September 2018. The draft for comments as well as the final version will be available in PDF-format at: http://www.processit.eu/roadmap The updating work has been conducted since 2014 and the data collection and analysis have resulted in a number of new R&D areas and game changers. Some of the new R&D areas are for instance: sustainability through circular economy, artificial intelligence and big data, platform economy and cybersecurity. Further, the game changers are intended to highlight matters that will have great impact and lead to significant change. The R&D areas and game changers have been selected in order to reflect upon the recent trends, requirements and visions. In addition, new and emerging business models such as Product-Services Systems (PSS), Industrial Product-Service Systems (IPS2) and Functional Products are covered as well as “what is different”. Further, the industrial impact and effects of new and emerging business models are also discussed.

ProcessIT.EU has via its members also participated in crafting new versions of for instance the ECSEL SRA, the ECS SRA, the ARTEMIS SRA, EU Robotics SRA and the AceForm4.0 SRA. The AceForm4.0 SRA is a brand new one focusing on formulation of products and what is needed to support that as well as the production of formulated products. A draft will be available within soon at: http://formulation-network.eu/strategic-research-agenda

Written by John Lindström of the ProcessIT Innovations R&D Centre