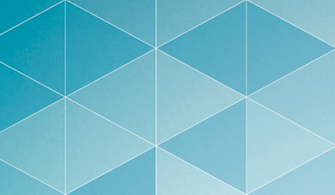 The 6th Brokerage Event a successful start of Call 2013

The 6th Brokerage Event for the ARTEMIS-JU Call 2013 took place on January 15 and 16 at the Sheraton Skyline Hotel at Heathrow Airport, London, UK. We have welcomed in total 216 participants at the event. A total of 33 project ideas were discussed and elaborated. Also three new ideas for large AIPP projects where discussed. The breakout sessions of the Project ideas for AIPP2 (Healthcare technology), AIPP3 (Smart environments) and AIPP5(Compute platforms) were visited very well which led for full meeting rooms.

In total 9 breakout rooms were available, although the nice swimming-pool area with its large trees also attracted quite some discussing groups.

Attendants came from 18 countries in total, where the largest groups came from Spain, the UK, Finland, France and Germany.

After the introductory plenary meeting, where the draft AWP2013 was presented by the SRA co-chair Laila Gide, many ideas where introduced in a lively pitch presentation session.

A well-visited poster session took place in a separate room. Even after lunch many discussions continued there.

The second day started with an explanation of the Call2013, were we learned that the Call2013 will close at June 6. Next to this a Post-Brokerage event will be organised at the JU Office in Brussels on April 23. The Information day for call2013 will take place at the ARTEMIS Spring Event on March 13.

In the afternoon, the final plenary session many enthusiast coordinators showed the progress made for their proposals. All results of the Brokerage Event are uploaded on our website: https://www.artemis-ia.eu/presentations2013 (accessible only for participants) and via http://www.artemis-ia.eu/documents (accessible for everybody).